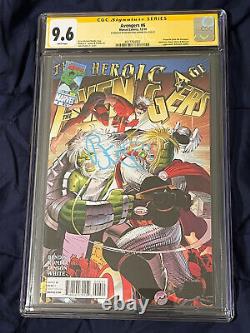 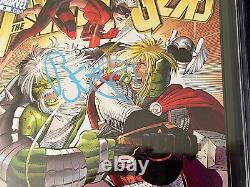 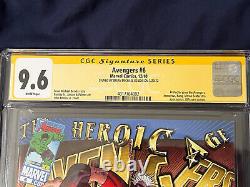 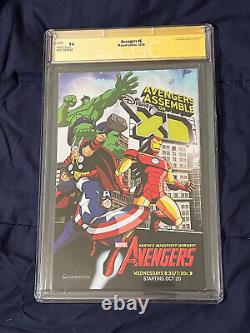 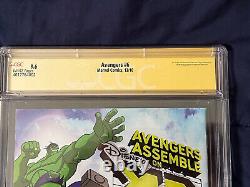 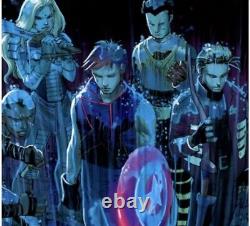 Avengers #6 (The Heroic Age 2010). CGC Signature Series Signed by Brian Michael Bendis. Only one of it's kind!! 1st FULL Appearance of Azari T'Challa (Son of King T' Challa and Storm of the X-Men), Torun (Daughter of Thor, Current King of Asgard), James Rogers (Son of Captain America- Steve Rogers and Natasha Romanoff - Black Widow), Francis Barton (Son of Hawkeye - Clint Barton), and Pym (Henry Pym Jr, Son of Antman/Yellowjacket/Giant Man - Henry Pym Sr and Wasp - Janet Van Dyne). Although these 5 new characters show up due to Kang and Immortus through some nifty time traveling and multiverse hopping from Earth -10943, it's fun to speculate on what their actual future looks like.

This series was released about 2yrs after the animated "Next Avengers: Heroes of Tomorrow" DVD was released which introduced each of these children of some of the greatest Avengers (and one Omega-Level Mutant). The DVD also stars Vision referred to by the children as "The Ghost", Tony Stark (though the kids have no idea he's Iron Man), an old Bruce Banner/a balding, but still rampaging Hulk, Betty Ross all in the fight against the Iron Avengers and Ultron who controls the world. The Avengers (Heroic Age) issues 1-6 storyline is DIFFERENT than the DVD though the characters are introduced in both. What makes this book great is that it introduces 5 new future Avengers, but more importantly the son of King T' Challa and his wife, the Omega-Level Mutant. One can only speculate on the future of the 5 "Next Avengers" particularly Azari T'Challa because of all the changes in both the MCU as well as in the different Black Panther titles themselves.

This item is in the category "Collectibles\Comic Books & Memorabilia\Comics\Comics & Graphic Novels". The seller is "sjjm1513" and is located in this country: US. This item can be shipped to United States.